A baby in Montreal who died shortly after delivery by caesarean section after the mother was repeatedly stabbed is considered a homicide victim under Canadian law.

Even though the stabbing occurred while the fetus was in the womb, and not legally considered a human being, the alleged attacker was able to be charged with murder because the baby was born and died only hours after the birth.

Under Canada’s Criminal Code, “a child becomes a human being … when it has completely proceeded, in a living state, from the body of its mother, whether or not (a) it has breathed; (b) it has an independent circulation; or (c) the navel string is severed.”

“So, if the child was alive, even for a moment, outside the child’s mother’s body, it would be considered a legal person such that you could be charged with murdering that child if the child didn’t survive,” said Toronto-based lawyer Daniel Brown, a specialist in criminal law.

Daniel Lerner, a Toronto-based lawyer and former Ontario Crown prosecutor, said that just because the baby wasn’t legally considered a human being when the stabbing occurred doesn’t mean that action didn’t cause the baby’s eventual death.

“If the accused … did an illegal act that caused that human being’s death, then it’s culpable homicide,” he said.

The stabbing of Raja Ghazi, who was seven to eight months pregnant at the time, occurred early Monday in Montreal’s Montreal North neighbourhood. She was taken to hospital, where her child was delivered by C-section. The baby was initially listed in critical condition but died hours later.

Ghazi’s husband, Sofiane Ghazi, 37, has been charged with first-degree murder of the baby and seven other offences, including the attempted murder of his wife, death threats and car theft.

Cases such as this are rare and force the courts to have to contend with the legal definition of human life. 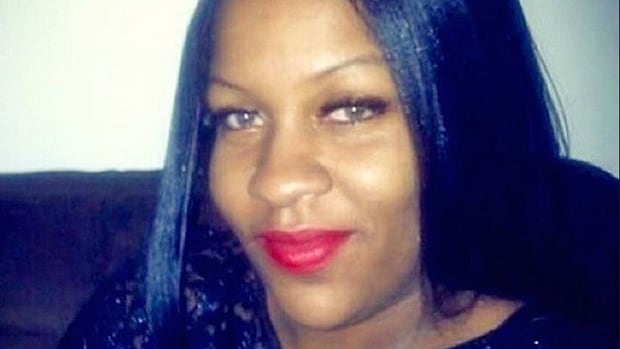 In May 2016, Candice Rochelle Bobb of Mississauga, Ont., was fatally shot while in the back seat of a car. Her 24-week old baby was delivered by an emergency C-section but died three weeks later.

A case similar to the one in Montreal remains outstanding in Toronto. Last May, Candice Rochelle Bobb was fatally shot while in the back seat of a car. Her 24-week-old baby was delivered by an emergency C-section but died three weeks later.

No murder charge for death of fetus

The legal situation changes significantly, however, when a fetus doesn’t survive in utero as a result of an act against the mother.

In those cases, the attacker would not be charged with murder because a fetus is not considered a living person and had not left the body in a living state.

“It would be treated as an aggravating feature on sentencing, that the mother was pregnant and lost the fetus as a result of this,” Brown said. “But it wouldn’t amount to a separate murder charge.

“In order to be found guilty of murder, you have to kill someone who was living.”

In order for the Criminal Code to be in line with abortion rights and for doctors who perform the procedure to not be at risk of being charged with murder, Canada had to precisely define when human life begins.

“So, the only way to do it is to create a bright line when a fetus receives some sort of recognition as a living person,” Brown said.

There have been unsuccessful attempts to change the Criminal Code and make the death of a fetus a separate offence. Last year, a private member’s bill that would “make it a separate offence to cause injury or death to a pre-born child during the commission of an offence against the child’s mother” was defeated in the House of Commons.

Advocacy groups such as the Abortion Rights Coalition of Canada have fought against such proposals, arguing they are attempts to weaken women’s right to an abortion.

Joyce Arthur, president of the organization, said she has no problem with how the Criminal Code is applied to those who are charged in the killing of a baby if an attack on a pregnant woman leads to the baby’s death after it has emerged from the womb.

“I think the law is fair in that sense,” she said.

But Arthur said her group opposes any kind of “fetal homicide law” that would ascribe rights to the fetus. She said if something happens to a fetus while it is inside a woman, it should be considered an attack against “her and her alone” because the fetus is not a human being under the law.

“As soon as you ascribe rights to a fetus, it compromises women’s rights, so that’s what we don’t want.”