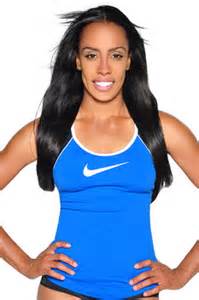 I’m proud to present Round 2 of World of Sports with Cheetah Radio Show.

“I’m proud to present Round 2 of World of Sports with Cheetah Radio Show,” said Cheetah who made history as the first African American woman to hold 3 titles in the kickboxing sport, which earned her the title “most dangerous woman in the world.”

To stay informed, go to www.worldofsportswithcheetah.com or Facebook at www.facebook.com/fredia.c.gibbs.

For interviews with Cheetah, sponsorship and advertising opportunities, or to attend or be on the show, contact Producer Marie Lemelle at info@platinumstarpr.com.

About the Producer/Host – Fredia “Cheetah” Gibbs

Fredia Gibbs, nicknamed “Cheetah” and referred to as “The Most Dangerous Woman in the World,” is a sports icon and kickboxing legend. Gibbs, a 3-time World Champion in kickboxing, is a native of Chester, Philadelphia. Gibbs had an all-American career in high school basketball; then went on to play professionally in Europe. In 1994, Gibbs became a history-maker as the first African-American female to hold the world title in kickboxing. Her next move took her to the world of professional boxing. She retired from the ring in 2002, with a record of 9-2-1.

Gibbs’ championship fight gear is displayed at the Mickey Vernon Sports Museum. Her championship belts are on display in a sports museum in Germany.

Today, she is a book author, celebrity trainer/transformer, philanthropist, motivational speaker, host tournaments, teaches seminars, and a weekly radio host. In 2016, Gibbs was honored and participated in the Orange County Heritage Parade and was nominated to attend the United State of Women summit hosted by the White House.

More than 15 years ago, Marie Y. Lemelle’s entrepreneurial spirit led her to establish Platinum Star Public Relations, a certified MWBE and SBE, and an award-winning, global marketing and communications firm. Marie has taken her company global through her collaboration with the African Country Sierra Leone and to the next level as a one-stop shop to provide distribution, production and more. She is a certified TV/Film producer at Pasadena Media. Marie is associated with Red Cardinal Films, LLC in Las Vegas; Pendulum TV Network in Los Angeles; L.A. Praise TV Network in Inglewood, CA; One Shot Films; One Shot TV; CVTN; Mondo Entertainment; and Bonita Entertainment in Southern California.

A committed activist and civic leader, Marie is a member several social conscious associations. Marie is listed in the Who’s Who in Black Los Angeles. She writes a weekly column “Health Matters” published in the Los Angeles Wave Newspapers. Marie earned a Master’s in Business Administration from the University of La Verne and a Bachelor of Science degree from Excelsior College. www.platinumstarpr.wix.com/marielemelle